Our aim is to provide players with an activity that is healthy, energetic but most of all FUN. 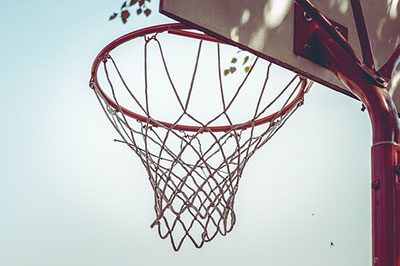 All Stars is a local, community-based basketball club focused on offering basketball to the kids of Rowville, Lysterfield and Ferntree Gully.

We train from three venues:

The All Stars Basketball Club (Knox) Incorporated is based in the South East of Melbourne, City of Knox, and is for junior basketball players in age groups from Under 8 through to Under 23 years.

As part of the Knox Junior Domestic Basketball Competition during both the Winter (May to November) and Summer (November to May) seasons, our club currently boasts a healthy 50 to 60 teams entered into each season's competition across the full spectrum of age groups and grading levels.

The club operates through the volunteered assistance of parents of players, in positions on the club's Committee, Coaching and Operations and Team Management.

The club was formed in 2004 from a combination of St Josephs Suns, Scoresby and Rowville Rockets.

The club plays in the Knox Basketball association with the  junior competition being one of the largest in Australia.

Knox Junior Domestic Competition is run over two seasons per year from November to May and May to November, and consists of between 550 and 600 teams catering for age groups under 8 to under 23.

Teams are drawn from large catchments’ areas reaching to Emerald on the Eastern side of the Dandenong ranges to Wantirna in the East; and from Rowville and Scoresby in the south to Croydon and Bayswater in the North.

The strength of our Junior competition lies with our club structure. We have twenty geographically based junior clubs who are keen to develop and grow.

Knox Basketball was established in the early 1970's to provide youth from the City of Knox with a sporting and social infrastructure to develop and promote personal, team and social skills in a sporting environment.

The Association is run by an army of volunteers, a Chief Executive Officer, and three full-time administrative staff based at the Knox Basketball Stadium in Park Crescent, Boronia.

Knox is the only Association to employ a Director of Coaching on a full time basis, which has added great strength to our children's development program. Many committed youngsters are so keen that they rise in time to attend the stadium at 6:00 am on weekdays for additional training.

Our competition has evolved to be one of the strongest in Australia with a continually high level of membership. It is a non-profit association whose membership is comprised of basketball teams. All players in a team are considered members. The Association has maintained its membership through innovative community programs and a philosophy of being run on a commercial footing.